Skip to Content
Home Blog Business Startup Everything About Varun Alagh( Co-Founder of Mamaearth): Net Worth, Success Story, and More

Varun Alagh co-founded Mamaearth, a baby nourishing company, in 2016. Varun started the brand with his wife (Ghazal Alagh). In 2022, Mamaeaerth net worth was $1.2 billion.

Who is Varun Alagh, aka the Chief Dad of Mamaearth?

Born in 1984, Varun Alagh is the founder of Honasa Consumer Private Limited, which established its first-ever baby care brand in 2016.

When it comes to education, Varun Alagh has earned his engineering degree from Delhi College of Engineering.

Varun and Ghazal have a son named Agastya Alagh.

After getting his engineering degree, Varun started his professional life. Before taking Mamaeaerth net worth to over one billion, he worked for multiple popular brands.

In 2007, he joined Hindustan Unilever Limited as a Business Leadership Trainee for one year.

During the training at Hindustan Unilever Limited, Varun handled marketing for Lakme and Lifebuoy for a few months.

Once the training was completed, Varun was assigned the role of the Area Sales Manager at Hindustan Unilever Limited. After only two years of working as a manager, he was promoted. His new role was the Area Sales and Customer Manager.

In 2012, Varun left Hindustan Unilever Limited to join Diageo PLC, where his job was to handle the popular vodka brand Smirnoff. However, Varun worked there only for around 13 months.

Varun started working at The Coca-Cola Company and handled the role of Brand Manager for at least two years. Soon, he was promoted to Senior Brand Manager.

In 2016, Varun left The Coca-Cola Company to start Honasa Consumer Pvt. Ltd., which is the parent company of Mamaeaerth.

The Personal Life of Varun Alagh

Varun Alagh is married to Ghazal Alagh, with whom Varun started Mamaeaerth. The couple has a son.

According to the Mamaeaerth founder and the company’s official website, the idea to start the baby care brand was initiated when Varun and Ghazal were expecting their first child.

The couple was looking for safe methods to deal with morning sickness, but they were shocked when they learned that there’s no way other than pills.

After nine months, when their baby was born, they started looking for baby care products. It was at this time when they discovered that most of the baby care items on the market had toxins, which weren’t safe for kids. It was the time when Varun and Ghazal thought of starting Mamaeaerth.

At Mamaeaerth, they produce toxin-free, mom-friendly, baby-friendly, and certified products.

As per the company’s founders, their aim is to understand and resolve the issues of new or upcoming parents.

Today, Mamaeaerth has grown to become MADE SAFE™ Certified-brand whose products go through strict test standards.

Its products are a big reason behind the Mamaeaerth’s net worth of $1.2 billion. 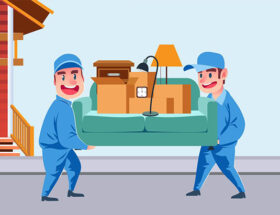 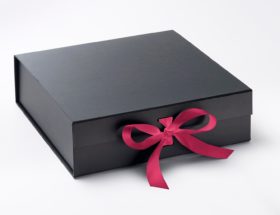 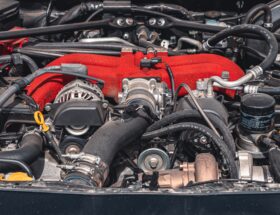