Motivation transforms talent into performance. If you aren’t motivated, it doesn’t matter how hard you try, you aren’t going to succeed.

On the other hand, if you are motivated, you can turn failure into success.

However, getting motivation isn’t easy. Sometimes, you are motivated by a child, while other times, you don’t feel motivated even after listening to a successful business story.

If you are looking for a fun way to get motivated to be a great entrepreneur, then entertainment is the way. The Internet is filled with the best motivational web series that encourage you to try one more time, take one more step, or walk the extra mile to be a successful businessperson.

Here’s a list of top motivational web series an entrepreneur should watch at any cost:

If you desire to believe in your dreams, How I made my Millions is a show for you.

Released in 2008 and having 4 years, How I made my Millions depicts a storyline that follows entrepreneurs who risked everything to pursue their dreams of starting a business.

From the title of the series, it is clear that the show features those entrepreneurs who started from scratch but made a company with more than $1 million in net worth.

The best thing about How I made my Millions is that it highlights normal people who believe that dreams come true.

The best thing about Indian series is that they come with a touch of emotions.

The Interns is a Hindi web series whose plotline is about three young interns.

Directed by Anant Singh, The Interns portrays how these three young individuals respond to their new chapter of life while handling their personal lives as well.

What makes the web series an exciting watch is that all the main characters are women. Apart from showcasing the lives of three young interns, the show focuses on displaying the professional lives of people who just started a new phase of life.

Lately, digital currency has become an integral part of the modern world. It is everywhere now.

If the topic also fascinates you, then you must watch Startup on Netflix.

Aired in 2016, Startup is a drama series. Its story is about a bunch of tech entrepreneurs who have a fascinating idea related to digital currency. Then, there’s an FBI agent who is on a mission to deal with these entrepreneurs.

Startup is an interesting web series shot in Miami. It has a gripping storyline and talented actors like Adam Brody, Martin Freeman, Otmara Marrero, and Edi Gathegi.

Entrepreneurs who are into reality shows should watch Shark Tank. It is a reality series associated with businesses.

Shark Tank not only makes you familiar with innovative and talented entrepreneurs out there but also motivates you to follow your dreams and work hard to fulfill them.

The business-related reality show is based on entrepreneurs who have great business ideas or plans and require funds. There are some successful investors who listen to these entrepreneurs and decide whether or not to invest in their idea.

First premiered in 2009, Shark Tank also has an Indian version, which is very popular among budding entrepreneurs and the general public.

When it comes to the best motivational web series from India, a list will be incomplete without adding TVF Pitchers to it.

TVF Pitchers is a unique and extremely popular web series made by TVF. In addition to a motivational storyline, it has talented actors who make you binge watch the show.

The web series’ storyline revolves around four young, talented individuals who have been living the lives of employees but with a common dream to start their own company.

Are you in search of business-based web series that have a pinch of gamification to them?

If your answer is ‘yes’, then The Apprentice is a show for entrepreneurs that you shouldn’t miss.

The British web series is a game-based show whose concept is the same as its American version, which has the same name. There are 20 entrepreneurs who compete against each other and take exciting business challenges.

The American drama series is a must-watch show for everyone, and not just for entrepreneurs. It is filled with lots of twists and turns that keep you glued to your seats.

Suits is a legal drama series that focuses on a fictional law firm from New York. Harvey Specter is the main character of the show who is one of the best lawyers in the city.

The drama series is not only an interesting watch but also comes with lots of lessons for people from the business world.

Why is Dragon’s Den one of the best motivational web series that entrepreneurs must watch?

The reason is simple and straightforward: It is about business.

Dragon’s Den is a British adaption of a Japanese series titled ‘Money no Tora’. The show features five rich investors who listen to ideas by budding entrepreneurs. If an idea or ideas that fascinate them, they invest. In return, they get a stake in the company.

Did it fascinate you? If yes, then you must watch Dragon’s Den.

If one story isn’t sufficient to fascinate you, then you can try watching multiple of them.

Dirty Money brings you a series of stories that revolve around greed, corruption, and crime around the world.

Although the show’s storyline may not seem motivational to you, it has lots of information to help you empower your knowledge to live a great professional life.

Business-related shows can be funny too. If you don’t believe the statement, you must watch The Office on Netflix.

First aired in 2005, the American drama series is an adaptation of the British television show with the same name.

When it comes to the storyline, The Office is about a paper company named Dunder Mifflin Paper Company. It shows the daily life of the company’s workers, but in a very humorous way. At first glance, it may seem like a documentary, but it is a fictional show that comes with lots of laughs.

These are some of the best motivational web series that we believe every entrepreneur must watch to feel good.

Did we miss a series that must be on the list? Please tell us in the comment section below. 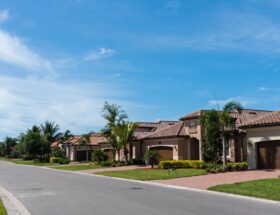 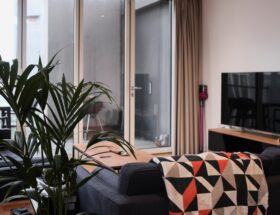