Ben Feldman is a famous American actor. He produces films, shows, and web series as well. He played a significant role in The Graduate, It is a Broadway play. He started to work in the entertainment industry in 2003 and he is still very much active at present. His first show was More Than Perfect and he played the character named Nicholas. Apart from films and shows, he also owns a wine company. From the tender age of 6, he has been doing acting in school plays and other competitions. He is a big fan of international stars such as Elvis Presley, Buddy Holly and Roy Orbison.

He was born on 27th May 1980 in Maryland to a writer mother named Marcia Muir Mitchell. His father, Robert “Bob” Feldman, owns an advertisement agency. He was born and brought up in a conservative Jewish family. He has a sibling also, Morgan Leiter. She worked in the fashion industry. He has been married since 12 October 2013. Her wife’s name is Michelle Mulitz. They have two children, a boy and a girl together. Their son, Charlie was born in October 2017 and daughter Effie was born in May 2019.

His wife, Michelle Mulitz is also a fabulous actor. She worked in some famous movies, some of them are NCIS, Numb3rs  and Necessary Roughness. She leads a very secret life as nothing is known about her birthplace, birthdate and parents. She is a dropout from college. Her first break in her acting career came in the movie named Tuck Everlasting. Although, it was an uncredited role. Michelle Mulitz and Ben Feldman were engaged in 2002. No matter how strange it seems, she is not an active member of social media platforms. As per news portals, her net worth is 300 thousand dollars.

He came from a very educated family background. He was enrolled in

Winston Churchill High School in Potomac, Maryland. He completed his graduation from the above-mentioned school in 1998.

Ben Feldman started his tv and film career with the show Less Than Perfect in 2003. His character name was Nicholas in the show. Some of his other notable work on Tv is mentioned below:-

Ben Feldman’s Superstore is his most notable work. His character name was Jonah Simms in the show.

This American show was telecasted from 2015 to 2021 on the NBC network. It has six seasons consisting of 113 episodes. Ben Feldman not only worked as an actor in the show but also produced the show. He also directed some of the episodes in the show.  Lauren Ash, Colton Dunn, Nico Santos, Nichole Sakura, Mark McKinney, and Kaliko Kauahi are some of the notable members of the show. It covers the daily life story of employees of Cloud 9. A spin-off show was promised to the fans of the show in 2020 but it was cancelled in 2021. On Rotten Tomatoes, it has 92% critical response while audience response is 79%. Because of the popularity of the show it was developed in the Spanish language. It is named Supertitlan and released in February 2021.

The first film of Ben’s career came out in 2005. The name of the film is When Do We Eat. It is a comedy genre film and directed by Salvador Litvak. The film won the best screenplay award.

Other Notable films of Ben Feldman are listed below

He also appeared in four shows as a guest star. He was seen in The Meredith Vieira Show, The Late Late Show With James Corden, Last Call With Carson Daly, and Late Night With Seth Meyers.

He recently worked as a vocal artist in the animated movie Monster at Work. It was released on 2nd July 2021 on Disney+.

Ben did not win any awards to date. But he is nominated for outstanding guest actor in 2012 for the show called Mad Men. It was telecasted on the AMC network. He appeared as Michael Ginsberg in the show. Mad Men is directed by Matthew Weiner and The producer of the show is Lionsgate Television. It consists of seven seasons with 92 episodes.

Ben Feldman is a very active person on all social media platforms.

Ben FeldTwitter 44 credits to his name on IMDb. His show Superstore has a 7.8 rating out of 10 with over 37k votes.

The main source of Ben Feldman’s income is money came from his Tv shows and movies. According to some news reports, Ben Feldman’s net worth is 1.5 million dollars. He charges approximately 40 thousand dollars for every episode. 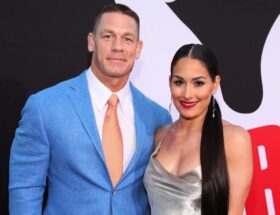 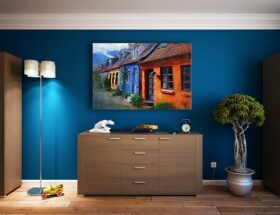 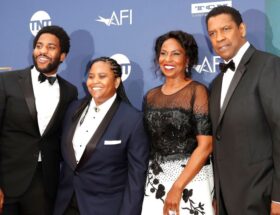