Marijuana is one of the most commonly abused substances there is. Many people think of marijuana as a gateway drug, but in reality, there are more problems associated with using marijuana than you may think. For someone who’s leaving or entering drug rehab, marijuana is a drug you want to avoid. Here are four reasons you should consider staying away from marijuana.

Drug Rehab Los Angeles: Know that marijuana may be a gateway drug

The National Institute on Drug Abuse says marijuana use can precede the use of other illicit substances. As someone leaving a drug rehab program, you will likely experience significant cravings and pressure to use drugs once more. If you want to stay free of drugs, start by making sure you stay away from marijuana as well. Resist the temptation to label marijuana as a harmless plant and learn how cannabis can worsen your chances of a successful recovery. If not, you may find yourself remembering how your life fell apart when you started using marijuana.

Marijuana can get you addicted to your comfort zone

Marijuana provides users with an intense euphoric feeling that goes away after several hours. The feeling you get while being high on marijuana is comforting, too comforting, so much that you can get addicted to the comfort. If you’ve found that your world is shrinking, you’re not interested in other habits, and you’re tempted to use other drugs, now is the time to eliminate marijuana from your life altogether. Understand that being clean means being clean from all drugs, and if you want to grow, you’ll have to experience some pain in the process. Marijuana deprives its users of feeling, and feeling is an important part of drug rehab.

The prices for buying marijuana have increased significantly. You may end up paying close to a hundred dollars for a sizable amount, or twenty dollars for a small amount. Either way, buying marijuana is going to hurt your wallet enough that you might not even notice where all the money went. Coming out of drug rehab, that’s money you can use to better yourself. Need some new clothes or money to fix your car? You can do it without the expense of marijuana. So, when you’re recovering from drug abuse, remember marijuana will keep you broke and hungry while yielding only short-term benefits.

You’re not grounded in reality

In addition to its euphoric effects, marijuana distorts the reality and perceptions of the people smoking it. In the worst-case scenario, you can experience intense anxiety and paranoia, but at the very least, your personal growth may not be rooted in reality. If your life is going smoothly and you’re high all the time, consider how much better life would be if you saw the world the way you should rather through the clouds of marijuana smoke. None of the reasons for smoking marijuana are worth it, if your interpretation of reality is false or irrational.

Marijuana isn’t a safe substance to use for people recovering from addictions to substances. Like other substances, you can develop an addiction to marijuana that will leave you rattled, broke, and stressed. Save your money and your recovery by deciding today that you’ll be free of marijuana. Going forward, you’ll be feeling better and ready to take on any challenge. 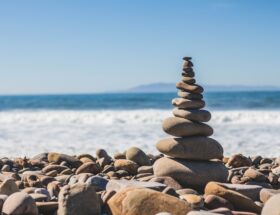