Skip to Content
Home Blog Business What is Tether

After Bitcoin, there are only a handful of cryptocurrencies that have bene able to garner so much attention. One such option that we have is Tether. This cryptocurrency is hosted on Ethereum blockchain and Tether Limited issues the tokens. Tether is also known as stablecoin as it was designed to remain US$1.00 worth and maintain $1.00 in reserves. The reason for the growing popularity of tether is that the investors can transact using traditional currency on a blockchain platform. Thus, tether is a cryptocurrency but is different from bitcoin and other digital currencies. BitFinex crypto exchange developed the Tether tokens and gave it the USDT symbol.

Tether was designed to be attached to the dollar and maintain a stable value. Unlike other cryptocurrencies, Tether is not volatile and thus doesn’t fluctuate in value. Its price is equivalent to $1, but at times, its value can wobble a bit as the crypto market isn’t regulated. However, tethers bring some stability in the digital currency exchanges and lower the risk involved.

The breed of stablecoins works as opposed to the wide swings of other cryptocurrencies and is used as a medium of exchange and for value storage. They are not used as a medium for speculative investments and belong to the fiat-collateralized stablecoins.

The value of Tether has been fluctuating. However, it still continues to garner the attention of the investors, thus making it a popular stablecoin for investment.

Tethers have always been in demand and are seen as the largest stablecoin in cryptocurrency. They keep track of the flat money and offset the fluctuations. Today, it has the third-biggest market value in the cryptocurrency world, which makes some Federal Reserve economists anxious. Some investors refer to it as the “black swan,” that could trigger an unpredictable event in the market. The world economists are increasingly worried that the tether could also affect markets beyond digital currencies.

With more than $60 billion worth of Tether in circulation, some investors and economists are worried if there are enough dollar reserves with the issuer to justify its dollar peg. While Tether has been linked to traditional money-market funds, there are no regulations.

As tethers are the most widely adopted stablecoins in the digital space, they are like a trailblazer for digital currencies. They can support and empower ventures throughout the blockchain and develop multiple blockchains. As Tether tokens are 100% backed and fully transparent, they encourage trust and support among the traders. Widespread adoption of tethers across major exchanges only points to their popularity and demand. In 2021, Tether became the fifth-largest cryptocurrency worth more than $68 billion.

Tether is valuable for crypto investors as it helps avoid the extreme volatility of other cryptocurrencies and removes any delays and costs in crypto market transactions. Tether tokens can be bought and traded at cryptocurrency exchanges such as BitFinex, Kraken, Binance, CoinSpot and more. Using tethers can lower the risk of exposure to sudden fluctuation in cryptocurrencies. Moreover, they are much faster and cheaper to trade.

Despite the rising popularity of tethers, there are some inherent risks involved with tether.

Any loss of confidence in tether could lead to severe liquidity shocking the cryptocurrency market and causing several potential risks to financial stability. Financial analysts expect deeper losses with tether due to rising rates and inflation. Bitfinex denies any claims of price manipulation, but Tether issuances cannot be used to sustain the price of bitcoin.

Tether intends to hold all United States dollars in reserve and make reserve accounts transparent via external audits. However, it has never provided an audit, and million USDT tokens were stolen from Tether in recent years. Tether suspended trading because of those accusations and asserted that it would employ a new software to implement legitimacy and transparency in its operations.

Coins, tokens and currencies backed by safe, highly liquid assets pose fewer risks. Tether platform supports fiat currencies like Euros, US Dollars, and gold. Before investing in it, keep a tab on the trend in the market and choose a trusted platform like bitcoin trading for this.

With all the apprehensions and myths surrounding Tether, it still  remains the biggest and most popular stablecoin out there. 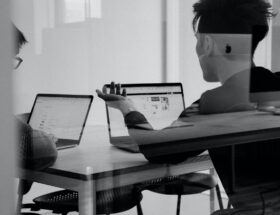