What is common between Witty Feed and Indian Threads? Both of them are startups from Indore.

Apart from these two, there are many startups in Indore that made it big.

Earlier, Indore was popular among tourists. A beautiful city in Madhya Pradesh, Indore has been attracting history lovers from around the world for years.

However, recently, entrepreneurs from Indore showed that their city is more than just about history, culture, and food. Their success proved that Indore is a city of successful entrepreneurial ventures.

Who are these entrepreneurial ventures or startups in Indore?

We’re here with an answer. Let’s dig deeper into those successful startups in Indore that are known worldwide today:

WittyFeed has already been mentioned above.

In the 21st-century Internet-focused world, WittyFeed provides people with a platform to share their thoughts and stories in the form of blogs.

Food has a very deep connection with Indore. In fact, the city’s introduction is incomplete without adding food into it.

Oye24 provides the services of serving the city’s cuisines from different vendors. Apart from that, the startrup also has its own kitchen.

A produced-based computer software company from Indore, Walkover was founded by Pushpendra Agrawal.

Founded in 2017 by Sidharth Jain, GraffersID is a website and application development startup from Indore.

The GraffersID team comprises veterans from the web designing and development fields. The company was started with a mission to enable businesses to give a new life to their stories and grow immensely while harnessing the power of web development.

In the herd of web development companies in the country, GraffersID is popular for recognizing loopholes in a project and correcting them with the best possible solution.

It is a targeted marketing company that is among the top successful startups in Indore for its customer-first approach.

Started in 2017 by entrepreneur Ankur Phadnis, Feedify offers the services of push notifications. The company’s funda is simple: When people see a product many times, they tend to invest in it. Feedify sends push notifications to these potential customers to grab their attention and encourage them to make a purchase.

When it comes to top startups from Indore, RackBank is a name that falls in almost all lists.

RackBank is a hosting service provider established in 2013 by entrepreneur Narendra Sen. The company’s portfolio includes reputed names like Saavn, imo, MSG91, and others.

Indore is well known for its textile industry, and Indian Threads is a renowned name from this sector.

Founded in 2015, Indian Threads took only a little time to become a clothing giant in Indore. Today, the company manufactures quality menswear that comes with a cost-effective price tag.

When Indian Threads was started by founders Abhishek Rawal and Vishi Porwal, it only sold 60 shirts in 90 days. But, then something amazing happened, and the company saw a rapid increase in sales.

It is not wrong to say that entrepreneurs from Indore found the right way to use the Internet. ShopKirana is a fine example of that.

Established in 2014, ShopKirana is a B2B startup that offers supply chain management services to retailers across India.

According to its founder Tanutejas Saraswat was started with an objective to improve the grocery segment in the country.

EngineerBabu is among the top startups in Indore that tasted successful very quickly after their launch.

Started in 2014 by Mayank Pratap and Aditi Chourasia, EngineerBabu is a website and app development agency from Indore. What differentiates it from hundreds of other web development agencies in the country is its portfolio, which includes popular names like Apple, Samsung, Uber, Fox Sports, etc.

Taking cyber security to the next level, SecurityBulls is among the most successful startups from Indore that work with many big brands in the country.

SecurityBulls was founded in 2016 by Geet Vaishnav and Prateek Sharma with an aim to provide penetration testing and IT security assessments.

Until now, SecurityBulls has worked with companies like Google, Adobe, and Microsoft.

Did we miss any names that are among the top startups from Indore? If yes, tell us about them. We would be happy to add them to the list. 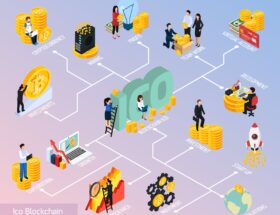 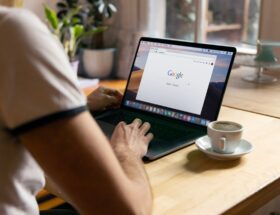 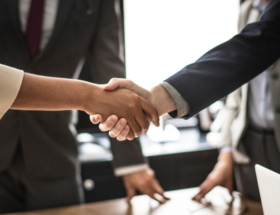