In 2021, El Salvador’s legal currency was the US dollar. At the same time, Bitcoin was the subject of some experimental schemes in El Salvador, like “bitcoins-digital.com” in the village of El Zonte. El Salvador has recently made it legal to make some payments for anything as services or goods.

In 2020, these transfers accounted for $5.9 billion, or more than 20% country’s GDP. Bukele wants to lower payment processing fees for Salvadorans by about $400 million by permitting those payments to be made in Bitcoin. It also wants to encourage several people to send their money affordably and quickly.

Besides the savings, Bitcoin legalization is also intended to escalate financial inclusion. In South America, El Salvador stands as the smallest country. Therefore, the citizens are constantly struggling to come in the traditional or main economic system. The research shows that only 25% of people had a bank account in 2017. After accepting Bitcoin as their legal tender, the government hopes that under-banked and un-banked citizens will have a new pathway in their financial system without relying upon financial services.

Bitcoin Law of El Salvador makes Bitcoin their legal tender along with the US dollar. It implies that Bitcoin will be accepted as a payment form for the services and goods like US dollars. This Bitcoin law now exempts businesses that don’t have any means of Bitcoin transactions. In fact, the government in El Salvador is planning about conducting multiple courses on the purpose of helping the business transactions. BANDESAL will handle the conversions of Bitcoin to the US.

Under this law, all the contractual obligations established in the USD might now be paid with Bitcoin, including all the tax payments. This law even allows the scope of government to start paying the salaries of their government employees or suppliers with Bitcoin.

El Salvador can retain the US dollar as a reference currency as an accounting service, and they might use it as a variable. The USD is even set as the remaining primary currency of El Salvador.

Bitcoin Law also imposes several financial regulations on the crypto service providers of El Salvador that reflect the traditional institutions. The service provider is also defined as an individual or firm which performs several Bitcoin services, which include custodians, payment processors, wallets, and exchanges.

By implementing the CFT/AML plan that features control and measures according to the Salvador legislation. The practice guidelines set by the FATF include:

AML requirements don’t apply to those who use Bitcoin in El Salvador to sell or purchase goods. The tech firms don’t serve custodians of Bitcoin for the customers. The Salvadoran banks get a permit to offer service providers with banking services and bank accounts and might not charge massive commissions for Bitcoin wallets. The financial system of Salvador will be responsible for supervising the service providers’ work with the law.

Before we wrap off this post, it is essential to note that all nations worldwide have been impacted by the cryptocurrency restrictions in El Salvador, not just the country as a whole. Its government heavily influences the other country’s cryptocurrency transactions. Cryptocurrency is a market unto itself, and while some governmental regulations may have a variety of different effects on it, it is unlikely that it will be prevented from existing. Many investors choose to trade their Bitcoin on the Bitcoin code app because of the highest security. 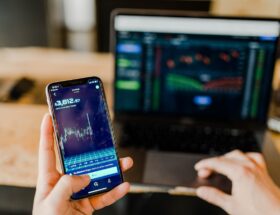 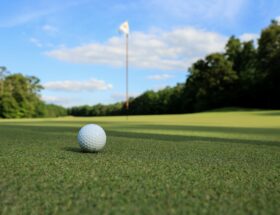 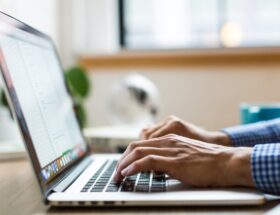