Skip to Content
Home Blog Business ICO – The Process of Launching A Successful One!

The immediate mention of blockchain and crowdfunding conjures memories of Initial Coin Offerings or ICOs as they are commonly known. Just like any other new manifestation of new technology, ICOs had their wave of doubts and a massive tsunami of downs fueled by a flurry of scams.

Thanks to the efforts by jurisdictional bodies to regulate it, ICOs became increasingly organized, and in spite of their dubious stint, they have managed to position themselves as the primary method of crowdfunding enabled by blockchain.

The widespread instances of ICOs across multiple jurisdictions and countries have resulted in the trumping of questions on the relevance of ICOs. It has now gone into the territory of working the cost of launching an ICO. In the paragraphs below, we have attempted to answer the million-dollar or the billion-dollar question of how much does it cost to launch an ICO.

A snapshot of the ICO market

Except for early 2018, the instances of ICOs have always been increasing. The United States leads the rest of the world when it comes to the total number of ICOs and the total amount raised as well, standing at 737 ICOs and about $7.4 billion raised in the United States alone. Standing at about a third in terms of the total funds raised, the tax haven the British Virgin Islands occupies the second place. Singapore, in spite of being a relatively small country, ranks second in terms of the number of ICOs.

With over $4 billion raised, EOS ranks right at the top of the list of most successful ICOs. Needless to say, Ethereum is the most prominent platform used for ICOs, and for comparison, while the number of ICOs using Ethereum stands at about 4760, the second one – waves, has contributed to just 128 ICOs.

One of the key steps in ensuring credibility for ICOs is the KYC process. Interestingly, 96% of the KYC verification process in ICOs has been successful.

The cost to launch an ICO depends on the number of steps involved, and each step has its own pockets of expenses. The silos of costs are:

The white paper is the single most important document in the entire process of launching an ICO. The white paper should be drafted with incredible detail that answers almost every question that your investors might have about the project. The white paper should contain information on the product, the possible timelines, and the tokenomics. Drafting a white paper, on the surface, might seem like an easy task that anyone could do. However, it requires expertise not only in terms of writing content but also in terms of understanding your investors. After the white paper is written, it needs to be audited by a team of experts to ensure that it complies with the best industry standards.

More often than not, as we have seen earlier, most companies choose to go with the Ethereum blockchain. If not, creating your own blockchain is also a viable option but it also proportionately increases the cost of launching your ICO.

Just like any digital engagement, the website serves as the point of providing information. In addition, a good website also doubles up as a powerful marketing tool. Taking this point into consideration, your website should be designed to give details on your idea, the offering, and the product. The website should also contain a link to download your white paper.

Needless to say, the website should be interactive and intuitive. It is also strongly recommended that your website is created in compliance with search engine optimization requirements. The website should be extremely secure and should be hosted in such a way that it can handle the humongous in-flow of traffic during the launch of your ICO.

As we already know, the crypto wallet is an entity responsible for storing your crypto assets. It might not be considered a must-have feature, but it has its own share of advantages if investors want to save all their crypto together and transact quickly with your ICO tokens.

Outside all that is mentioned above, another aspect that demands your time, your attention, and your cost when it comes to a successful ICO it’s marketing it.

An impeccably and meticulously created ICO might fail if proportionate marketing efforts aren’t taken. While it is easy to talk about the different means of marketing like engaging in CPC advertising, participating in social media and dedicated crypto forums, airdropping, bounty programs, and offline engagements. Let us talk about what would make your ICO more marketable and appealing.

The very term “investor” means someone who is willing to spend their money in a place where they could reap enhanced returns. If you would like your ICO to be supported by the biggest investors, you will need to justify the product, the token, and its returns. Instead of talking in terms of plain money, you should talk about the exact problem you intend to solve using your product and why the blockchain-based solution is better than what exists today.

Needless to say, these answers should be a part of your white paper, your website, and all your marketing material.

While it is true that investors expect returns, no ICO has succeeded by falsely or exaggeratedly marketing the token. In fact, such pushy and fantasized marketing will only lead investors to believe that your ICO could be a scam.

Simple steps like not overpromising, giving a personal touch to an ICO by including the names of team members and their credibility on the website, avoidance of open source codes, and including all these little details in your white paper goes a considerable distance in establishing credibility and enhancing marketability.

One of the biggest factors that contribute to the scamminess of ICOs are the possibilities of security breaches and hoaxes. It is essential for an ICO development company to be smarter than the smartest hacker. In addition, a few simple measures like introducing two-factor authentication, SSL encryption, and verification of the code terms and conditions enhances the magnitude of security. It is also recommended that no open-source codes are used in your ICO development process. It might reduce the cost of launching an ICO but the price that you pay for a security breach is quite hefty.

When it comes to blockchain-based fundraising, ICOs need the least intensity of effort and expenses. It, however, does not translate to a blind shot. It requires a considerable amount of expertise in technology, investor expectations, and the legal implications to successfully launch an ICO. In fact, it is only fair to expect that an effort that does not need a lot of cash is bound to cost a lot of care.

If you do not want your ICO to slip into the dubious list of unsuccessful crypto fundraising efforts, it is strongly recommended that you partner with an experienced and credible blockchain development company specializing in the launching of ICOs. They will take care to understand your business requirement, work out the legal and technical aspects of your project, and successfully launch ICO at an optimized cost. 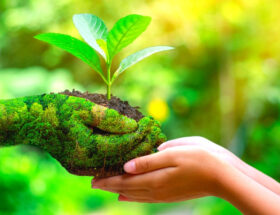 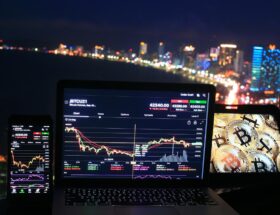